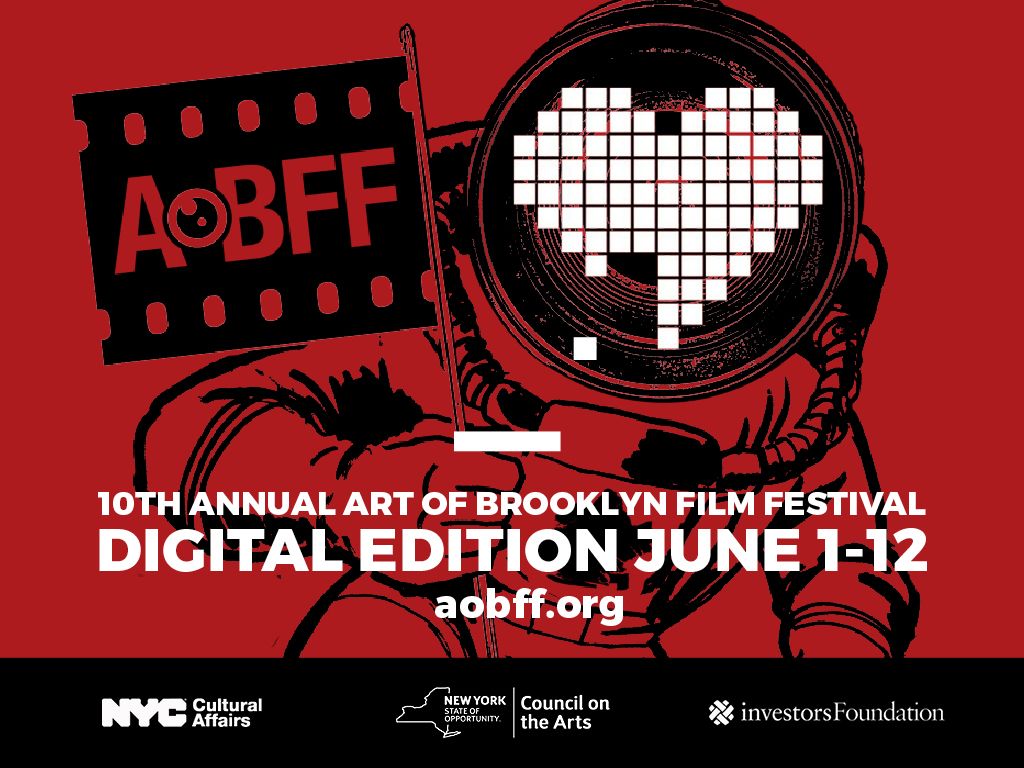 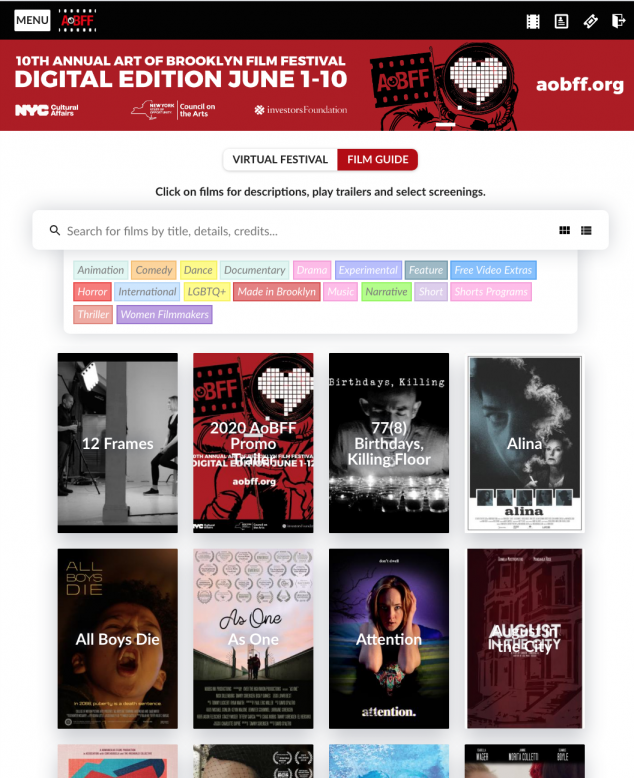 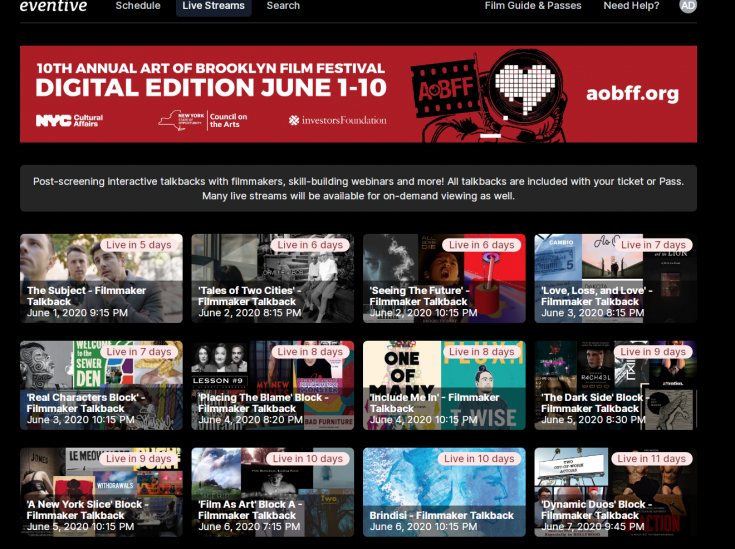 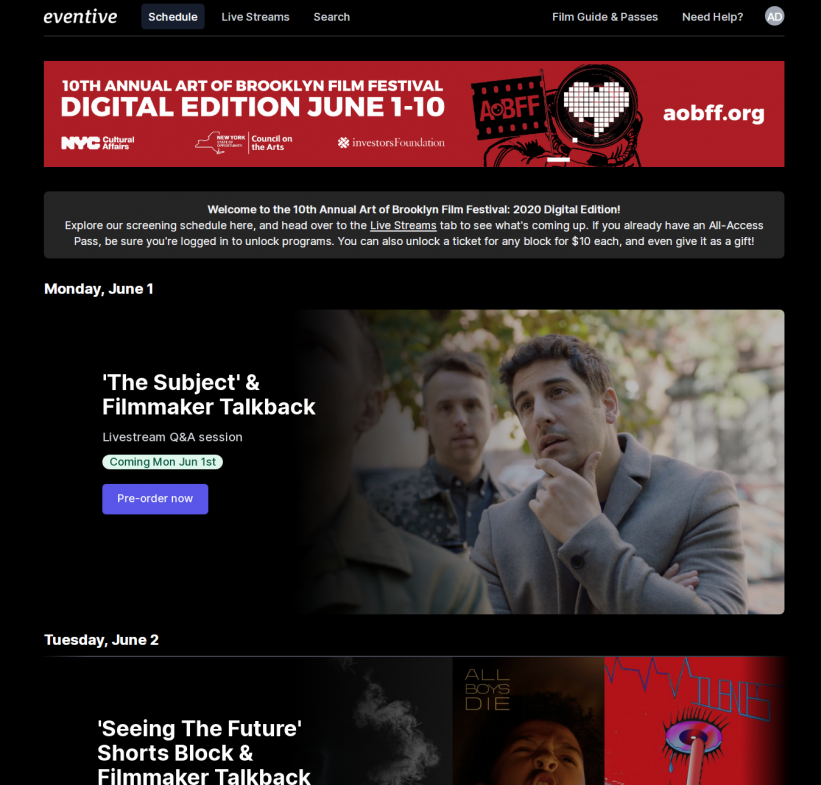 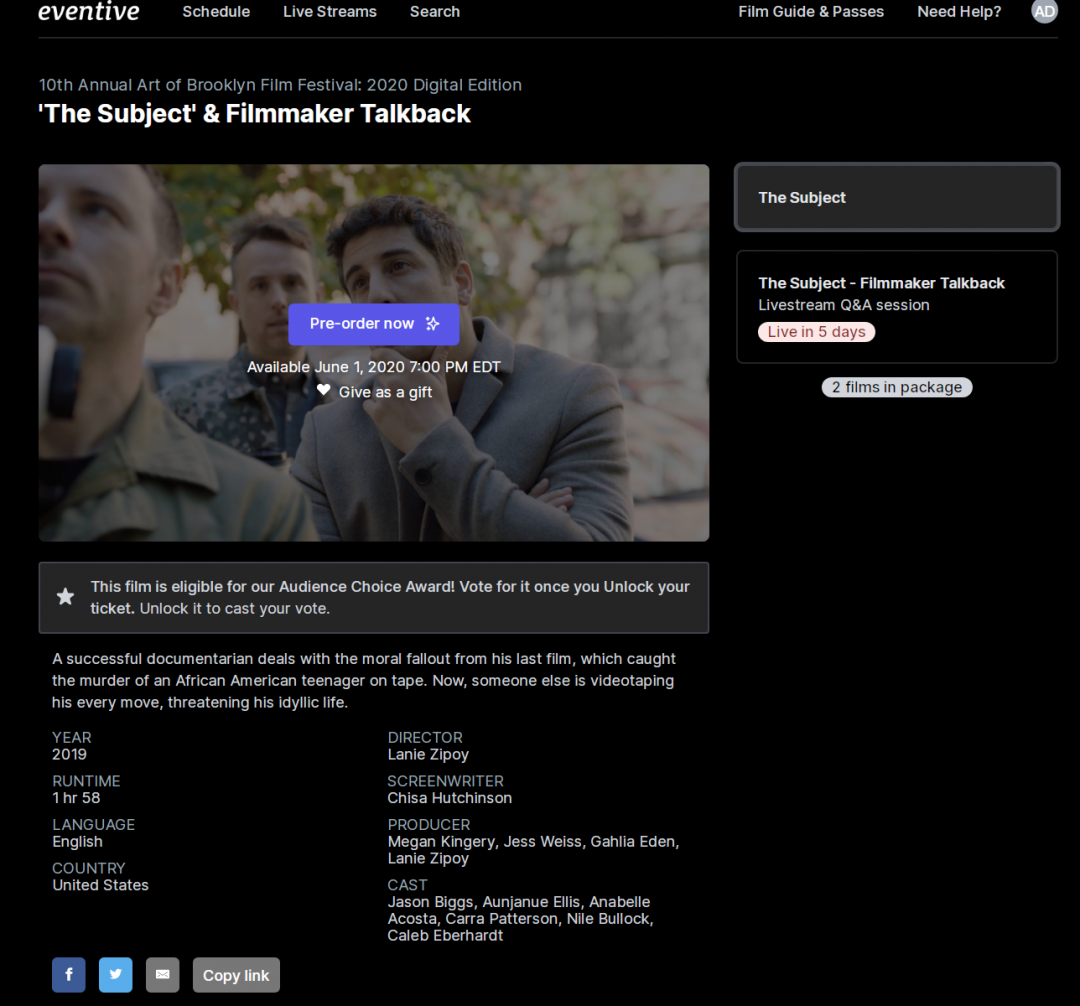 The 10th Annual Art of Brooklyn Film Fest (June 1-12 2020) is using the new Eventive Virtual Festival platform to convert their annual live event to a robust, interactive Digital Edition to audiences around the world in real time — with a full schedule of screenings, livestreamed filmmaker talkbacks and webinar panel talks and career-building workshops.
NEW YORK - iSportsWire -- The Art of Brooklyn Film Festival team had already worked for six months to produce their 2020 fest when Coronavirus first threatened. "It's our 10th anniversary and we'd planned live screenings and events in multiple venues across Brooklyn. By February it became clear that those plans would have to change, although we couldn't have known how much," said Executive Director Joseph Shahadi. AoBFF produces screenings and events in neighborhoods across Brooklyn, including those underserved by arts and culture, for thousands of people, so the prospect of scaling down was not appealing.

"And cancelling or postponing wasn't ever an option," says Shahadi. "We are mission-driven to bring the best of Brooklyn's independent film scene into conversation with their peers around the world and missing an entire season would be disastrous for our community." The AoBFF team knew they had to find a creative way to salvage their 10th anniversary season. Enter Iddo Patt.

More on iSports Wire
AoBFF began working with Patt's company Eventive to create an interactive film guide and manage ticket sales in 2018. "I had the opportunity to collaborate with Iddo as he programed the tech we used for our film guide and ticketing platform, and we ended up with the best versions of both. So when he approached us with his new Virtual Film Festival platform we were confident we could customize it to our specifications," said co-founder and Director of Communications Anthony DeVito.

Eventive's Virtual Festival allows for ticketed on-demand and live streaming on its own site and compatible streaming TV apps with studio-grade DRM protection for films. "We did not want to do a placeholder event and just put a bunch of films up on a YouTube or Vimeo channel and call it a day. When we connected with Iddo and realized that we could translate a lot of what makes our live event special into a digital format using his Virtual Festival platform, it was very exciting," said Shahadi.

The challenges of producing an international film festival under these conditions were numerous. This season's Festival Director Alan McLane Alejos, who splits his time between Brooklyn and Leon, Mexico, was at home in the latter when the lockdown began. So Alejos curated the entire festival long distance and met with the rest of the team via video conferencing. "It was a blessing in disguise," said DeVito, "the success of our collaboration with Alan over video conference convinced us we could keep the interactive elements of our festival that filmmakers and audiences love — our lively post-screening talkbacks, panels and roundtables — in this new format." Using Eventive's cutting-edge technology Art of Brooklyn will bring a robust, interactive Digital Edition to audiences around the world in real time. "We are leaning into this challenge," Shahadi said, "instead of going dark in 2020 AoBFF is going to be bigger in size and scope than ever before."

More on iSports Wire
The 2020 Art of Brooklyn Film Festival runs from June 1-12. It features over 70 films from all over the word, including the best of Brooklyn's indies. AoBFF opens with the world premiere of THE SUBJECT, a topical drama starring Jason Biggs (American Pie, Orange is the New Black, Outmatched).
For interactive Film Guide and Schedule, visit HERE.