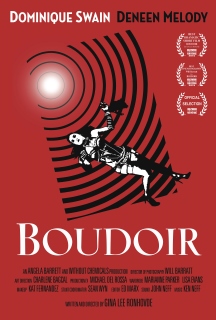 Gina Lee Ronhovde is a diverse and uniquely talented filmmaker who graduated with honors from the Los Angeles Film School.  Her education and experience has never stopped, working in Hollywood for more than a decade.  Current screenplays in development include, Family Reunion, a Meet the Royal Tennebaums / Meet the Parents unique tale of a family set in rural Minnesota where four estranged siblings and their families reunite for a dysfunctional family reunion during their hometown celebration of  "Tingvold Days," and the screenplay, Cult Fan, which follows a teen runaway obsessed with a cult TV show, hitchhiking to LA for a fan convention and winning a trivia contest. Isolated in a Hollywood Hills mansion Sunny slowly becomes tortured by evil forces as she uncovers horrifying secrets.