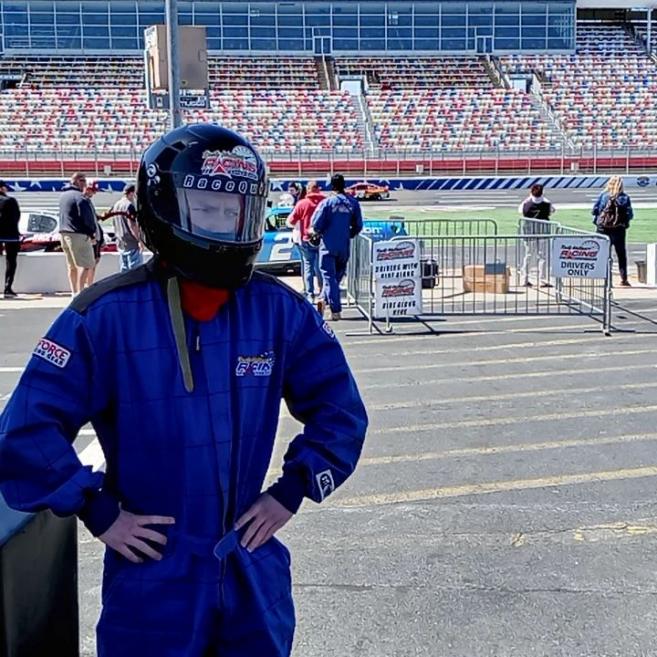 CHARLOTTE, N.C. - iSportsWire -- If ever there was a NASCAR fan that cheered the loudest, loved the most, and was inspired by the track, cars, fans, and sport itself, it is a young man from Charlotte, NC named Carter Hensley.  Carter was born on May 8, 2001, prematurely to parents James and Tracy Hensley.  Carter suffered health complications and subsequently endured a painstaking hospital stay that lasted for eleven months.  During that time, parents, grandparents, and close family were told he would most likely never walk, talk, or feed properly, much less, understand and develop a passion for racing.  Turns out, this was an incorrect assessment.

When asked about the experience of becoming first-time parents, mom, Tracy Hensley replied, "It was terrifying.  My husband and I can't believe we got through it.  With the love and support of my parents, somehow, we did, and Carter's progress within the first year of his life made it possible to return him home to us.  He has grown and evolved into a young man that we are incredibly proud of, and he has taught us so much."

More on iSports Wire
Recently, Carter became employed by Zab's Place in Matthews, NC.  He loves to work and engage with customers, staffers, and the occasional puppy that makes its way into the shop.  Zab's Place's mission is to help young adults with special (talents) needs harness their own special talents and prepare them to transition to rewarding careers and realize their dreams of leading meaningful lives.  In June, Zab's Place made local news about their vision for the community, and Carter was selected for the interview where he talked about his role at the shop and his career aspirations of one day, working for NASCAR.

From there, the interview made its way through social media channels, raising awareness about Zab's, Carter, and his love for NASCAR.  When asked about why he was mostly interested in working for the NASCAR Hall of Fame organization, Carter responded, "I've been to that place a lot of times and I know the place by heart.  I believe I'd be a good tour guide, especially after my training job at Zab's Place.  I hope I get the job!"

More on iSports Wire
Recently, Carter received a call from a NASCAR representative.  They stated that they had been inundated with calls and social posts and encouraged to "talk to this guy Carter" as they had been tagged on all channels and the interview shared extensively.  On Friday, July 29 Carter experienced an in-person interview, and venue tour, culminating in an employment offer, landing him a position with NASCAR.  His role is one that will be created just for him - where he can showcase his talents and above all – "fuel" his love for NASCAR.

In this case, turns out "slow & steady wins the race".