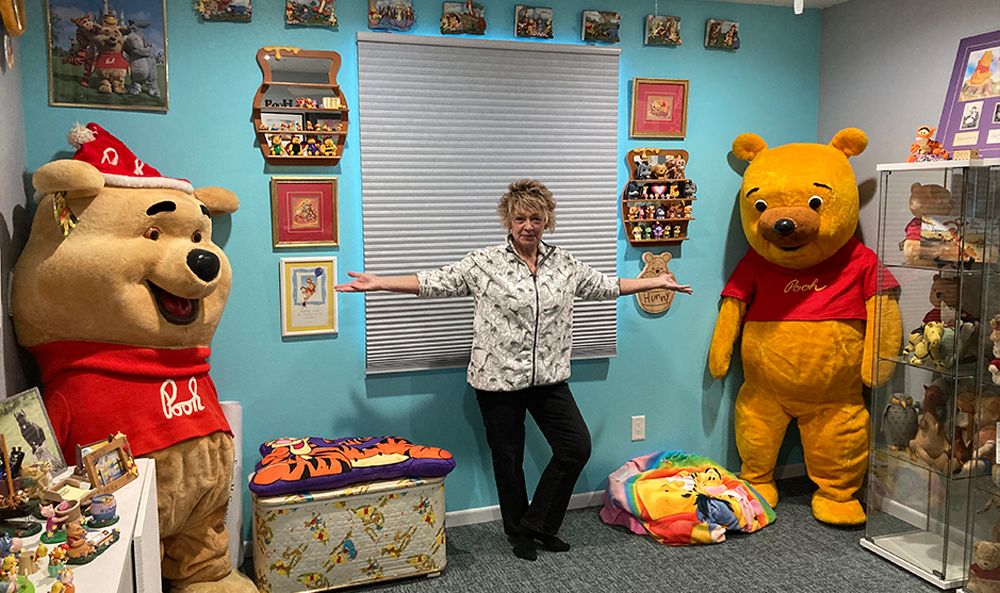 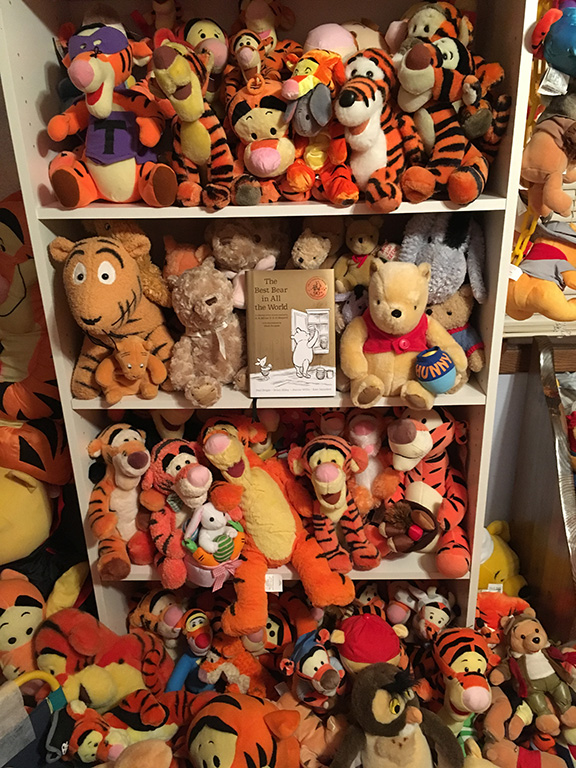 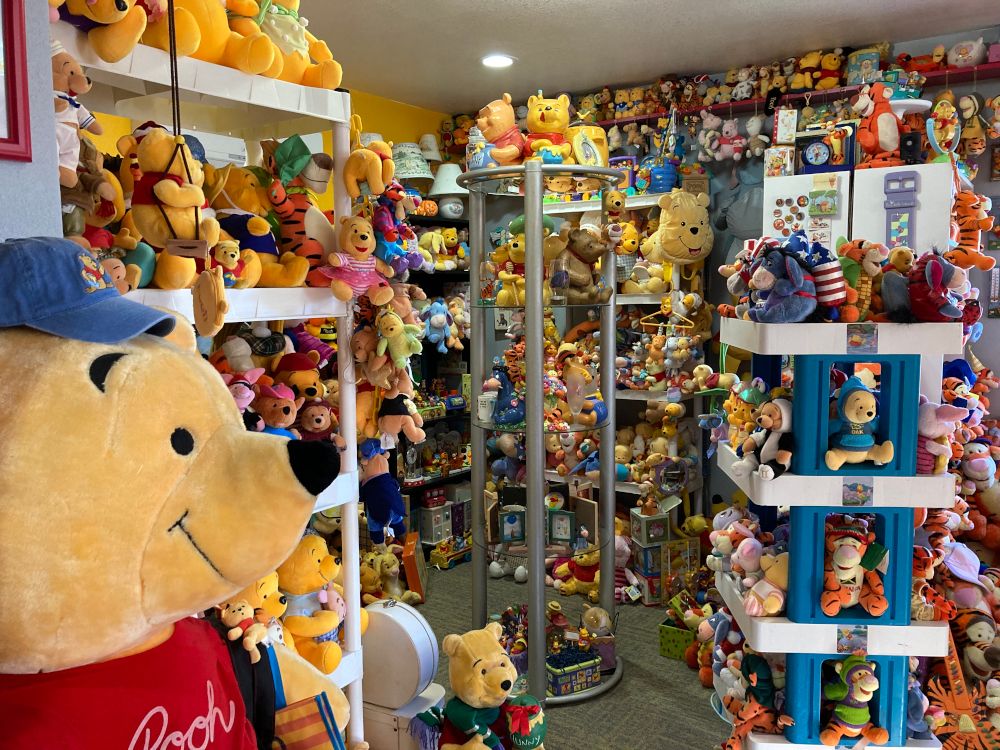 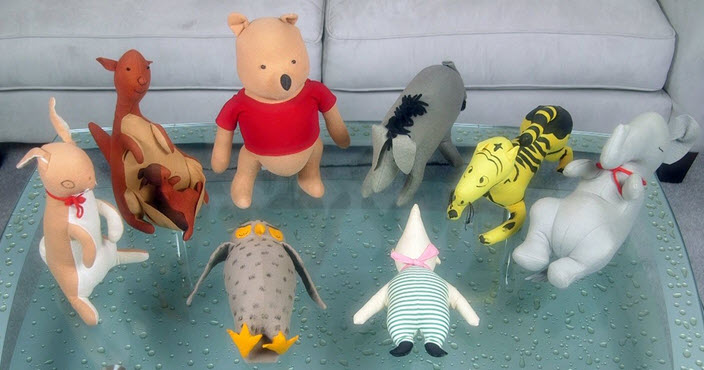 Hoffmann reached 20,000 unique Winnie the Pooh collectibles on Dec. 20, 2020.  On March 26th she received news that Guinness World Records adjudicated the figure and updated her world record. She has held the record since 2008.

Hoffmann, 56, has enjoyed a personal brand as the "Pooh Lady" for over 30 years. The role has garnered media interviews from around the globe, and never-ending inquiries from people seeking or donating items linked to Pooh and his friends from the classic A. A. Milne stories.

While her collection's numbers merit the world record, her hobby's true enjoyment goes beyond the items themselves, Hoffmann explained. Most fulfilling are the people she and her husband, Gary, meet, and the experiences associated with them.

"Not a day goes by that something Pooh-related doesn't occur," Deb Hoffmann said. "Sometimes it's an e-mail from a mom asking for help replacing a child's lost Pooh. Other times it's someone with Pooh collectibles who wants to find them a new home where they'll be valued, rather than sold at a thrift store for a few dollars."

More on iSports Wire
"Many collectors needing to downsize their collection reach out to me asking if I'd be willing to take the items," she said. "I 'take care' of their memories as much as the collection itself."

Seeking something positive in a crazy 2020, Hoffmann set a December 20 goal to reach 20,000 unique Pooh collectibles. The celebratory item was a vintage 1980s Pooh costume used at Sears and the Disney Parks.

"I searched for nine years," Hoffmann said. "Finally, a collector called and offered him to me. He is in beautiful condition and came in the original shipping crate." The costume stands in her office, next to a vintage 1960s costume.

The collection grew to a point where Gary Hoffmann created a phone app to aid Deb in her shopping. She enters a few keywords and sees photos from her database thus preventing purchasing duplicates.

"Prior to 12,000, I knew if I had an item," Deb Hoffmann said. "Now I need assistance from the app. After all, the collection does span multiple houses."

All-things-Pooh is a way of life for the Hoffmanns. In 2016, they traveled to England to tour the house of "Winnie the Pooh" author Milne, participate in a Poohsticks competition and visit the offices of Guinness World Records. In 2019, they were featured on the TV show Collector's Call, hosted by actress Lisa Whelchel ("Facts of Life").

More on iSports Wire
"While working on 'Collectors Call,' I met the show's other collectors and compared collecting styles" Deb said. "Now, if we find an item the other collects, we text them a heads-up. Fantastic camaraderie!"

The Hoffmanns annually emcee Winnie's Hometown Festival in White River, Ontario, home of the bear that inspired the stories. Deb Hoffmann donates her duplicates to the White River Heritage Museum for display or sale.

Hoffmann's next goal for her collection is lofty … but she is well on her way to accomplishing it.

"We might need another building," she teases of the future. To quote Winnie the Pooh, "Oh, bother."

More information about Hoffmann, and her world record Pooh collection, is available at www.mostpooh.com and www.YouTube.com/MostPooh5150.