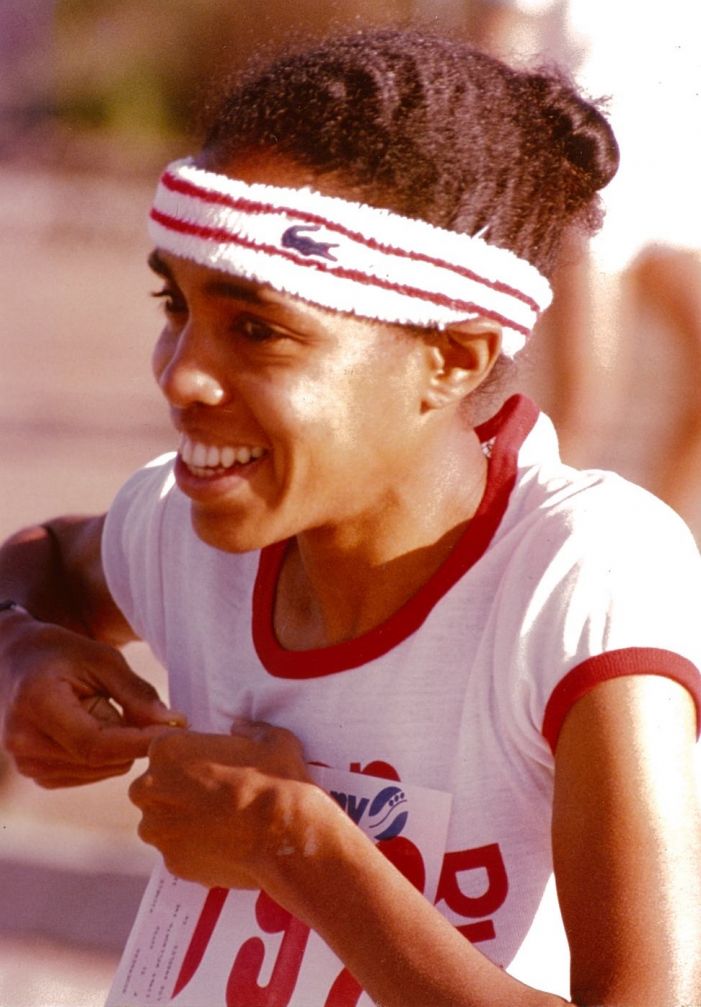 Michele Tiff-Hill, the first African-American woman to run in the US Olympic Marathon Trials and with a marathon best of 2:50:19, to be inducted into the Hall of Fame.
TUCSON, Ariz. - iSportsWire -- The National Black Marathoners Association is pleased to announce the induction of Michele Tiff-Hill into the National Black Distance Running Hall of Fame. The induction banquet and ceremony will be held during the National Black Marathoners Association's Annual Summit at Cincinnati's Fly Pig Marathon Weekend on Saturday, April 30, 2022.

She started running at the age of 29 in 1980. She comes from a family of athletes. Her father, Benjamin Tiff, was in the same high school sprint-relay team as Jesse Owens. He was also an accomplished tennis player who was team captain at his alma mater, Wilberforce University. Her brother, Milan Tiff, was world-record holder in the triple jump and also held US records at high-school, college and national levels. He won the triple jump at the inaugural World Cup in 1977. Her sister, Margot Tiff, was a gifted tennis player who played on the professional circuit, and was the first black woman to play in World Team Tennis. She was also part of the Cal State sprint-relay team that won the NCAA championship.

More on iSports Wire
Michele ran her first sub three-hour marathon in Dec, 1982 at the Fiesta Bowl (2:57:14) in Scottsdale, AZ. Shortly afterwards, she met Eino Rompannen, sculptor and running coach. He helped her to realize her goal of achieving the qualifying time for the first US Women's Olympic Marathon Trials. In the process, she became the first African-American women to qualify for and compete in this historic event. She would go on to run several marathons under three hours until the age of 41.  The Sri Chinmoy Marathon in Foster City, California would remain her personal best at 2:50:19. Master's Track and Field News gave her a No. 1 U.S. ranking (5k) in the 35-39 age group. Later, she was cited in Running Times, March 2008, for honorable mention in the 55-59 age group for leading U.S. Masters runners of 2007. Along with her husband, Dave Hill, she started the Tucson (AZ) Grinders running group in 2004.

Michele says, "It is such an honor to be recognized by the national running community and I am indeed humbled by the gesture.  To be in such esteemed company warms my heart and makes me very proud to have been chosen."

Previously announced inductees include Ingrid Walters, Michele Bush-Cuke, and Shawanna White. Additional inductees will be announced in the upcoming weeks.

More on iSports Wire
About the National Black Marathoners Association