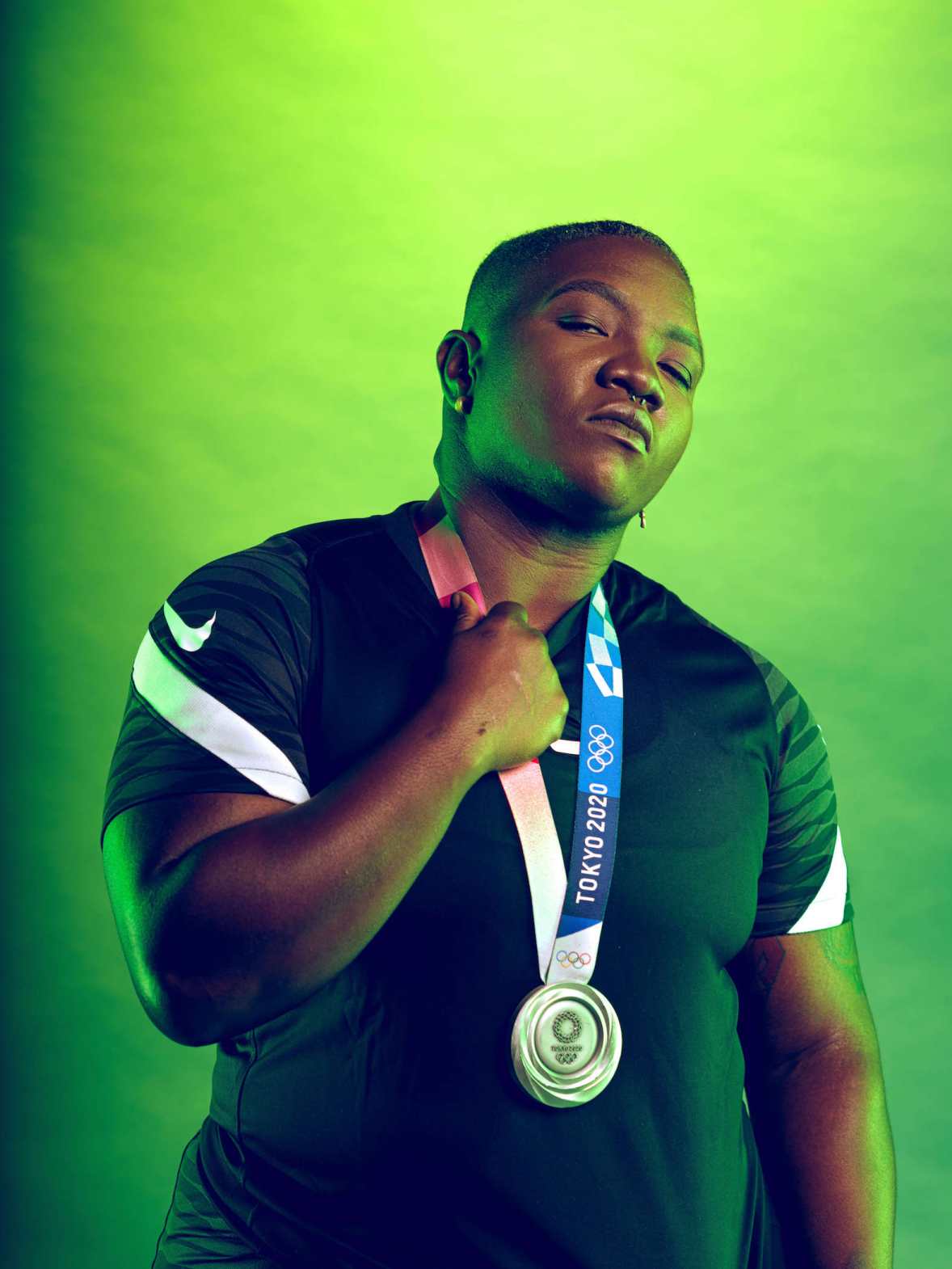 More on iSports Wire
Aside from her latest Olympic appearance, Tokyo being her second, she's won three NCAA collegiate titles in the shot put for the University of Mississippi, was a world junior medalist in 2014, and was the Pan American junior champion in 2015. She holds a personal record of 19.96 m for the shot put. At such an elite level, the mental pressures are enormous, and Raven is a fierce advocate for mental health due to her own personal challenges and triumphs.

According to the description of this year's meeting of The Kennedy Forum: Today's society is hindered by an unconscious, implicit bias that fuels discrimination against those living with mental health and substance use disorders. Our words often reflect that bias, perpetuating negative stereotypes. Thus, there is an urgent need for more thoughtful, accurate communications about mental health and addiction that will open minds, connect communities, and empower policymakers. Now, more than ever, we must take steps to understand, nurture, and advance the role of communications in the fight for mental health equity. Normalizing a national conversation is key to lasting change...

More on iSports Wire
Saunder's and Granderson delivered an awe-inspiring conversation that touched on her mental health journey beginning at a young age which included internal struggles in dealing with her sexuality, being ostracized for it, and publicly humiliated on several occasions as a youth. The chat explored the mental struggles of being an elite athlete, a near suicide attempt after her first Olympic appearance (Rio), and what brought her through to the present day. Granderson, who's shared similar experiences throughout his life, skillfully guided Saunders through the conversation and helped her pull back the veil of mystery that often accompanies the life of one who struggles with mental health issues.

You may view the complete conversation here courtesy of The Kennedy Forum YouTube, which highlights other key segments from this year's meeting.