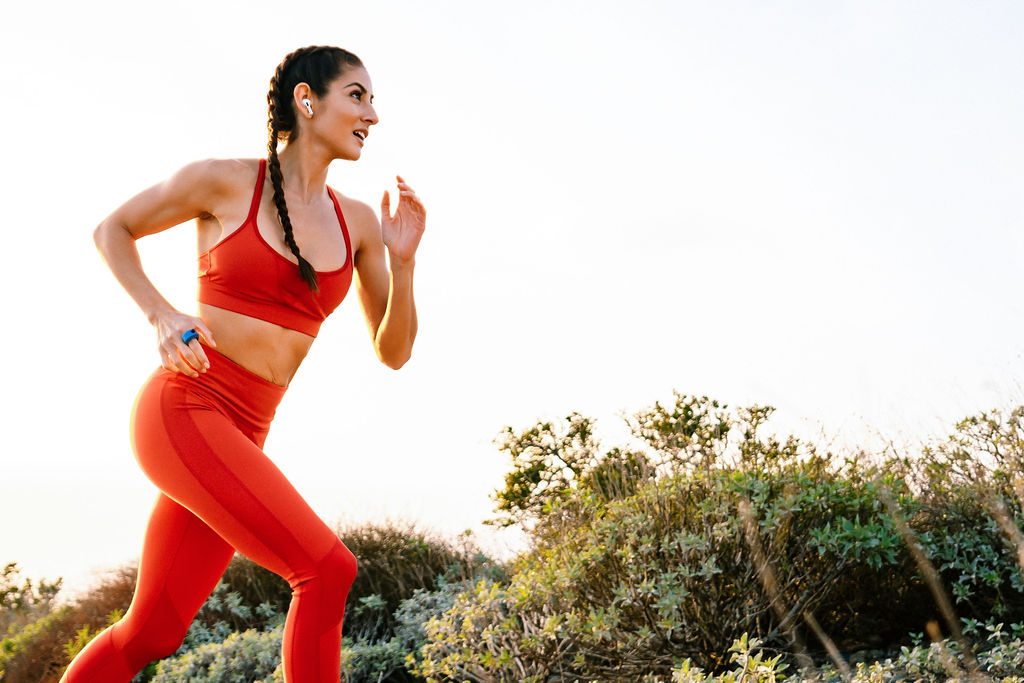 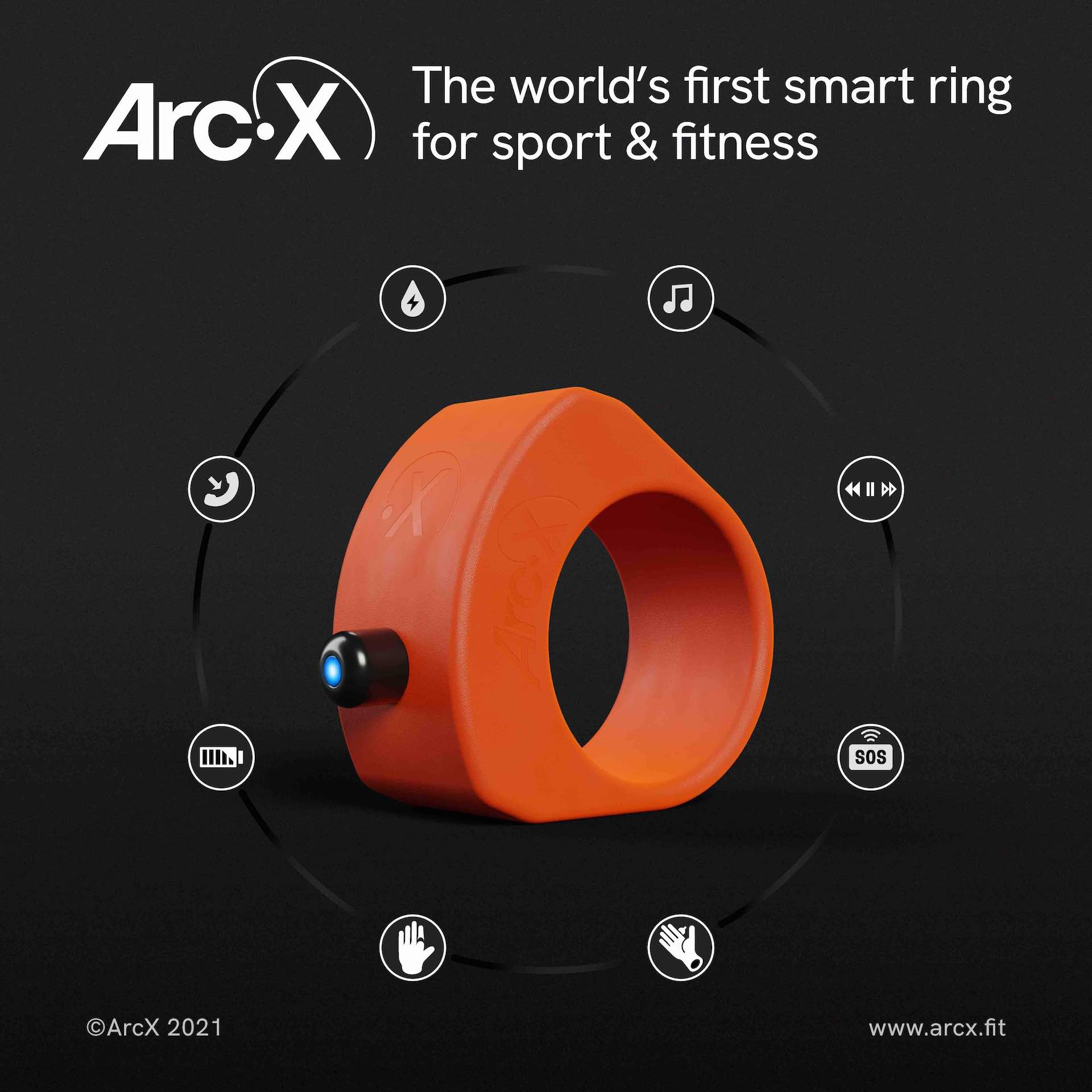 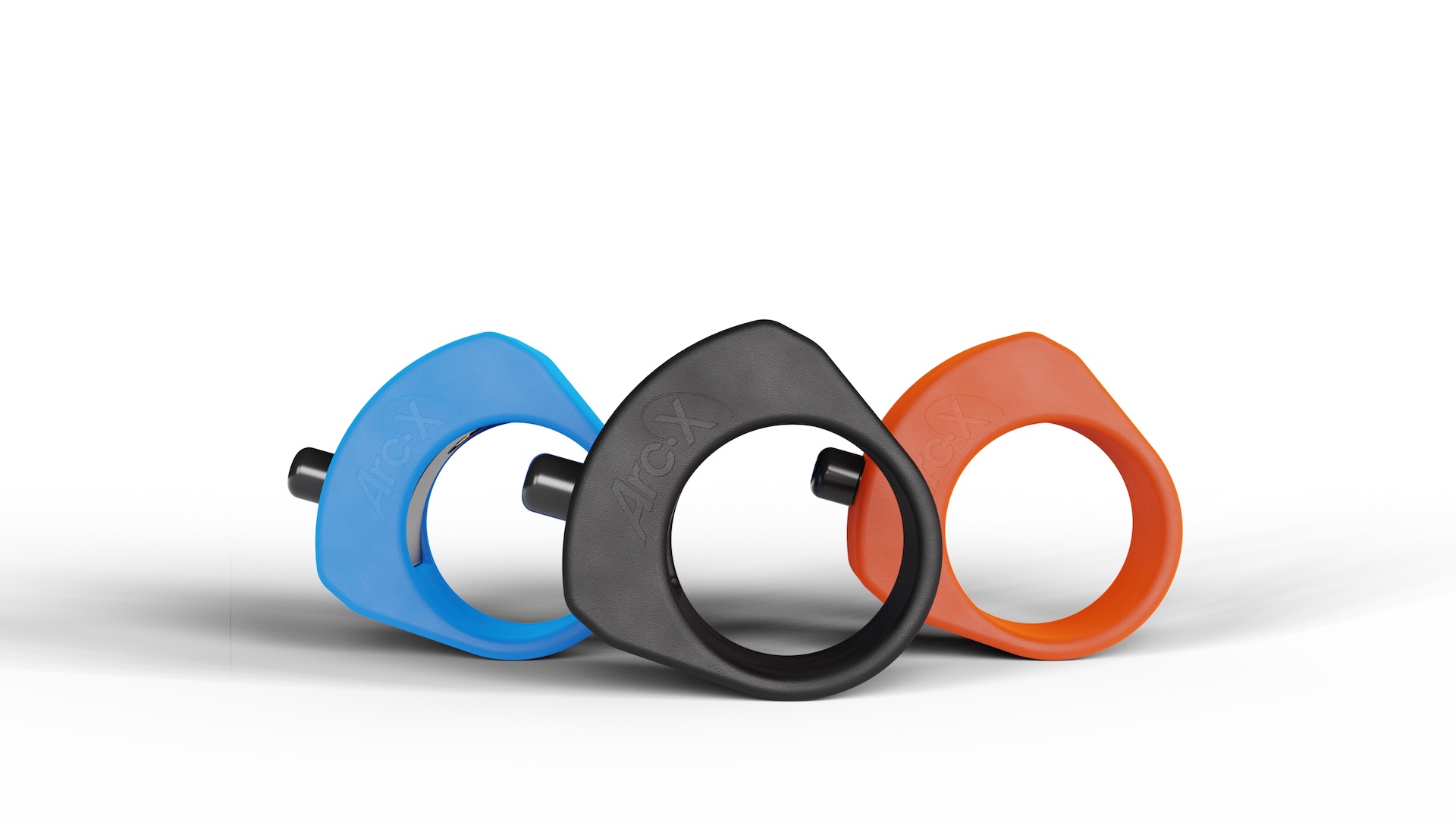 Harness the power of your smart phone or smart watch without ever looking at it.
COVENT GARDEN, U.K. & ORANGE COUNTY, Calif. - iSportsWire -- The World's first smart ring for sports and fitness.

London, U.K. (1st March 2021) The world's first smart ring specifically designed for single-handed sports and fitness use was launched at digital CES in January and digital ISPO in February 2021. Developed by ArcX Technology, a UK-based sport tech start-up, the ring is designed to be worn on the index finger and controlled with the thumb.  Connected via Bluetooth to any smartphone, the ring allows users to store phones in a pocket or backpack, controlling playlists and other phone functions simply and easily, even when wearing gloves.

ArcX was selected as one of the five finalists in the CES Last Gadget Standing competition and has been hailed as one of 2021's best new products by the judges at ISPO, the world's largest sports trade show.

ArcX is made from medical grade silicone and houses a micro joystick inside a water and shock proof inner case. The inner case can be swapped among different sized rings or a watch type strap that allows the user to attach the device to a handlebar, paddle or other piece of sports equipment.

The ring boasts an impressive 20 day stand by with a battery that delivers five days of normal use from a one-hour charge time, plus it's waterproof to IP67 standard and drop tested from 5 1/2 ft / 1.7 meters.

ArcX rings work really well on their own, connecting in seconds to any smartphone or other device such as sports cameras and wireless speakers. An intuitive App is available, free on both Android and iOS platforms, that provides a host of customisable options and additional features such as a stopwatch, an emergency SOS call function as well as the ability to connect with other sports-based Apps.

ArcX will start shipping in August 2021 in three colours, blue, black and orange. The rings are on sale now on Kickstarter in the UK, EU and USA priced at £79, €89 and $99 respectively. A roll out to other countries will follow. Each product ships with four interchangeable stretch fit outer ring cases, a handlebar mount, charging clip and carry case.

More on iSports Wire
ArcX Technology was founded in 2019 and comprises a team of engineers, designers, athletes and military veterans headquartered in London, UK with offices in St Petersburg Florida. Paul Blair, the CEO and founder, is a decorated British Army Officer having completed seven tours of duty as a paratrooper in a career spanning over twenty years. Commenting on his inspiration for ArcX, Paul said: "An Army buddy injured himself on a skiing holiday. I spent the rest of the trip skiing alone listening to music. If I wanted to adjust the volume, change track or answer a phone call I had to stop, take a glove off and retrieve the phone from inside my jacket to perform the operation, before replacing everything to carry on.  Paul added "I had similar experiences with other activities like cycling, kayaking and in the gym. I couldn't find any wearable tech device or phone accessory that solved this basic problem so I decided to build one."

Kumar Bala, CTO and co-founder is an experienced technology entrepreneur having brought several consumer electronic products to market during his career. Kumar said, "we set about designing an intuitive and robust product that would provide 'first time, every time' control where other interfaces fail."

Kumar continues: "our research found that controlling ear buds with sweaty fingers while running is difficult. Taking one hand off an indoor rowing machine or a bicycle handlebar to control a phone is frustrating. Voice control doesn't work when out of breath or on a windy day and the touch screen or small buttons on smartwatches are impossible to use when wearing gloves or if the watch is worn underneath protective clothing". The new ArcX ring is designed to remove all those barriers to the benefits of easily manageable personal music while exercising.

For many people, the thought of exercising in silence is unimaginable: the ring is designed for those who need, and love, to listen to music while engaged in any one of a host of different sports. Whether it's for motivation, inspiration or distraction, listening to music can make all the difference to improving training performance or making exercise more enjoyable. A 2016 survey conducted by Runner's World, found that 82% of those runners polled said they listen to music while running.  Research from the School of Sport and Education at the UK's Brunel University has shown that listening to music during exercise can reduce the rate of perceived effort by 12% and improve endurance by 15%.

More on iSports Wire
ArcX is hugely versatile. It can connect to any other Bluetooth enabled device to act as a 'hands free' controller for sports cameras and wireless speakers. It's ideal for instructors who incorporate music into their fitness classes as they can now focus on their students and no longer have to take their phone out of a pocket to change a playlist or adjust the volume.

There is also a health and safety benefit to a smart ring like this particularly for those activities that involve speed such as skiing, snowboarding and cycling. Using cell phones or other mobile devices while riding creates a visual distraction and prevents cyclists from holding their handlebars properly and watching the road for signs of danger. A 2017 'Distracted Biking' study, published in the USA, found that up to 40% of cycle accidents were caused by distracted cyclists who were often either looking at their cell phone or holding it so as to prevent them from gripping their handlebars correctly.  The same distraction problem also applies to other sports including running in both urban and rural areas where runners focus on their device and literally run into someone or something.

ArcX will accept an incoming call with a touch of the joystick and with a five second press and hold makes an outgoing SOS call, set as a default to local emergency services (based on the phone's geolocation). The App allows this out going call feature to be customised so that family and friends' numbers can be called instead and not necessarily in the case of an emergency but as a convenience option.

In addition to making certain sports and activities safer Paul Blair said "most of us spend way too much time looking at our laptops and phones. ArcX enables us to take a well-deserved break from staring at a screen and get active while listening to the music we enjoy." Paul added "2020/21 have been really tough years for all of us; maintaining physical and mental health is more important than ever. If our product can help motivate someone to get active, that will be incredible." The ArcX product video is at: https://vimeo.com/489944141

ArcX smart rings are available now to purchase at a 40% discount on Kickstarter - https://www.kickstarter.com/projects/arcx/arcx-a-smart-ring-designed-for-sports-and-fitness.